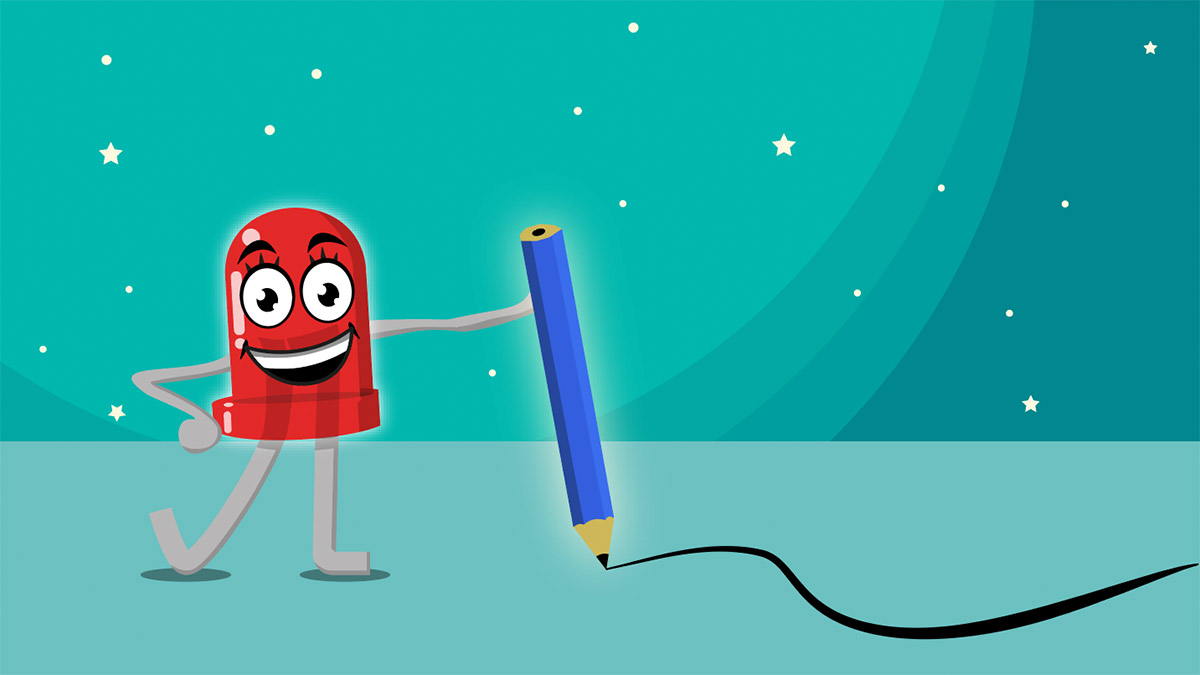 Do you know, that your body also conducts electricity? The resistance of your skin can be used as analog input, too. Let’s use it to build another instrument.

Since the human body consists of a lot of water it conducts electricity. Of course it is not such a good conductor like metal. We could day, humans have a high inner resistance. That inner resistance is perfectly suited to be used as an analog sensor.

Like mentioned in the last unit, for an analog sensor we need an additional reference resistor. This time, it has to be much larger. Let’s say at least 1 mega ohm. That is one million ohm. If you don’t have such a high resistor, you can put smaller ones in a row. If you have 10 resistors of 100 kilo ohm, you will get 1 mega ohm. Resistors in a row add up.

If you put resistors or other electrical parts in a row, they share the voltage. The current in each component is the same. The total resistance is the sum of all partial resistors.

You can use the program of the last unit:

If you now touch both wire ends (red and blue wire) you can influence the sound coming out of the speaker. Try what happens with wet fingertips.

The line of a pencil consists of graphite. It also conducts some electricity. Let’s use it to build a pencil violin.